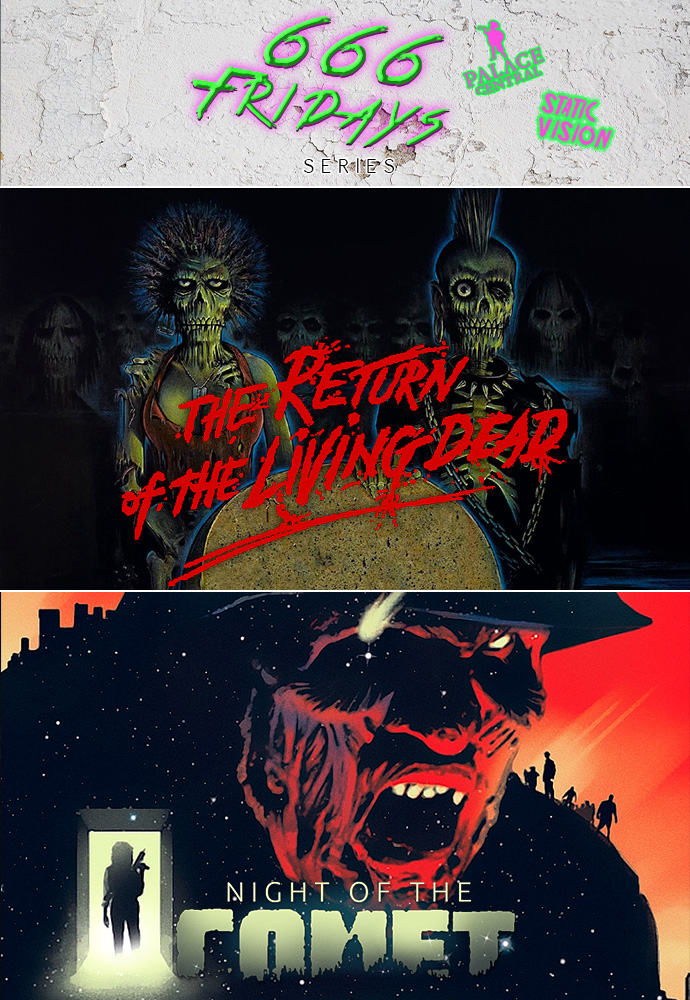 666: Return of the Living Dead/Night of the Comet

In The Return of the Living Dead, when foreman Frank (James Karen) shows new employee Freddy (Thom Mathews) a secret military experiment in a supply warehouse, the two klutzes accidentally release a gas that reanimates corpses into flesh-eating zombies. As the epidemic spreads throughout Louisville, Ky., and the creatures satisfy their hunger in gory and outlandish ways, Frank and Freddy fight to survive with the help of their boss (Clu Gulager) and a mysterious mortician (Don Calfa).

In Night of the Comet, after a rare comet sighting, teen sisters Regina (Catherine Mary Stewart) and Samantha (Kelli Maroney) find that they're among the only survivors of a zombie attack. The girls partner with another survivor, Hector (Robert Beltran), but as they try to avoid the zombies, they're sought by scientists who want to experiment on their bodies in the hope of finding an antidote. Dodging both the doctors and the undead, they keep moving in the hope that they can continue to stay alive.