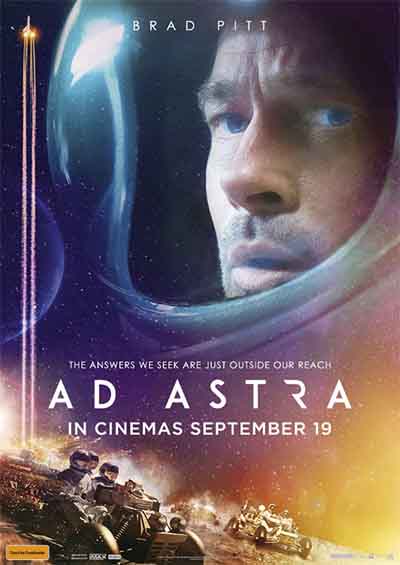 Premiering at the 2019 Venice Film Festival to enraptured audiences and critical acclaim for its ethereal visuals, profound themes and stirring action (as well as Oscar whispers for under-appreciated leading man Brad Pitt); Ad Astra takes us on a visceral journey with astronaut Roy McBride (Pitt), who travels to the outer edges of the solar system to find his missing father and unravel a mystery that threatens the survival of our planet. His journey will uncover secrets that challenge the nature of human existence and our place in the cosmos.

With comparisons to Tarkovsky’s Solaris, Ad Astra is an ambitiously crafted existential space-opera that’s cut through into the awards season race and demands the cinema experience like no other this year.

" It’s an extraordinary picture, steely and unbending and assembled with an unmistakable air of wild-eyed zealotry."