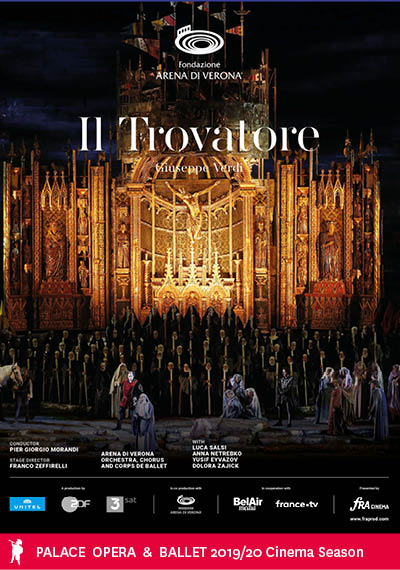 Together with Rigoletto and La Traviata, Il Trovatore ('The Troubadour') forms what is commonly known as Verdi’s "popular trilogy". His favourite themes of destiny and desire are threaded through a tale of star-crossed lovers, Leonora (Netrebko) and Manrico (Yusif Eyvavoz), whose fate is intertwined with that of the Count di Luna (Luca Salsi) and the gypsy Azucena (legendary American mezzo-soprano Dolora Zajick), who sets the dramatic events in motion.