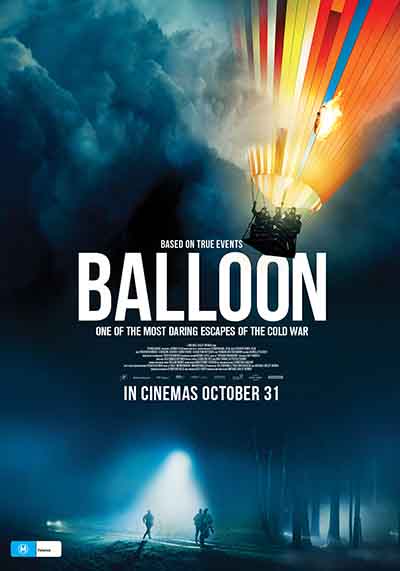 1979, East Germany at the height of the Cold War. Günter Wetzel (David Kross, The Reader), a bricklayer, and his friend Peter Strelzyk (Friedrich Mücke), an electrician, can no longer bear the oppressive regime. The two men and their wives resolve to undertake a mission to secretly build a hot air balloon from scratch that will carry them and their families over the border fence to freedom. Over the course of the next 18 months they sew 1,000 square metres of cloth and gather countless weather reports from West German radio with the Stasi (State Police) hot on their heels. A nerve-racking battle against the clock begins…