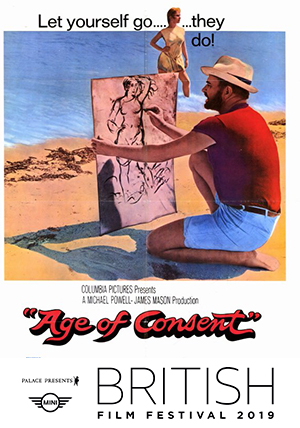 Based on the autobiographical novel by acclaimed artist Norman Lindsay is this wise and funny study at the rekindling of an artist’s passion in the most unlikely of places. Attempting to leave the problems and stresses of the modern world behind, successful but creatively jaded painter Bradley Morahan (James Mason) moves from New York City to a small Australian island in search of tranquillity and peace. Here he meets the young and beautiful Cora (Helen Mirren), who becomes his muse. But trouble also follows the artist, and eventually thievery, scandal and much worse begin to boil to the surface.