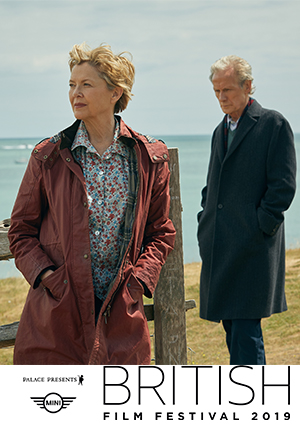 Led by the brilliant and layered performances of Annette Bening, Bill Nighy, and BAFTA winner Josh O’Connor, this story of finding hope after a marriage breakdown is based on Nicholson’s Tony Award-nominated play The Retreat From Moscow.
Grace (Bening) and Edward (Nighy) have been married thirty-three years. When their son Jamie (O’Connor) comes home to visit them in the fading seaside town where he grew up, Edward makes the shocking announcement that he intends to leave Grace. As the lives of the family unit begin to unravel through stages of shock, disbelief and anger, Jamie desperately tries to save the situation, while Grace is forced to face the possibility of spending the rest of her life alone.
Personal, contemplative and honest, Hope Gap teaches that there are no easy answers nor simple paths to redemption. However, despite the grim circumstances, there is still tenderness and humour to be found and, ultimately, this is a story of survival in which Grace discovers a new voice more powerful that could ever be imagined.