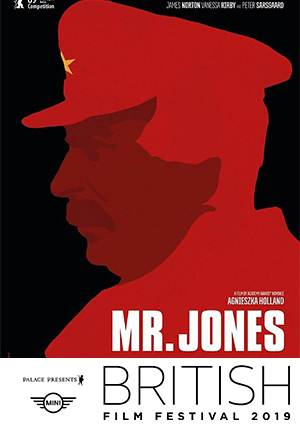 Upon his arrival in 1933 Moscow, Jones is continually told of Stalin’s achievements by Pulitzer Prize winner and New York Times correspondent Walter Duranty (Peter Saarsgard). All the while, he hears muted whispers of widespread devastation in the Soviet Union. Evading authorities, Jones smuggles himself onto a train bound for Ukraine where he is thrust into a terrifying reality. From the moment he steps off the train, he is forced to see and experience first-hand the horrific situation that prevailed.

In an act widely understood to have inspired George Orwell’s Animal Farm, Jones risked his life, career and reputation to become the first person to report on the Holodomor, the man-made famine that killed up to 7.5 million people. Norton turns in a career-best performance as Jones in this compelling and powerful film about a crusader determined to reveal the truth even in the face of extreme danger.