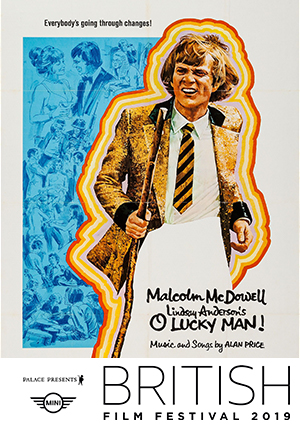 In this extraordinary mix of wickedness, energy, humour and folly, Malcolm McDowell (A Clockwork Orange) plays Mick Travis, a tenacious and determined young man. Starting off as a coffee salesman, Mick is soon promoted within his company. But then a series of bizarre obstacles occur: fatal car accidents, crooked cops, a stint as a laboratory "guinea pig," and seductive customers all threaten Mick’s trajectory toward success. As Mick becomes smitten with the gorgeous Patricia (Helen Mirren), he winds up working for her father, the sinister executive Sir James Burgess (Ralph Richardson), where things progressively get stranger.