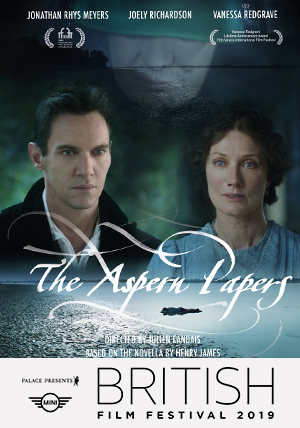 Based on Henry James’s 1888 novella, this compelling period drama tells of Morton Vint (Jonathan Rhys Meyers), an ambitious American editor obsessed with the famous late Romantic poet Jeffrey Aspern.
Determined to obtain the letters Aspern wrote to his lover and muse Juliana (Vanessa Redgrave, Mrs Lowry and Son, BFF19) years earlier, the editor journeys to Venice. There he meets the now-elderly recluse Juliana and her nervous niece, Miss Tina (Joely Richardson), in their grand but dilapidated palazzo. Neither woman ventures out, but Vint burrows into their lives. Assuming a false identity and initially concealing his true intentions, the editor patiently plots to get his hands on the papers, which he regards as holy relics. But as he persuades Miss Tina to help him, he is confronted with an unacceptable condition that will put his entire quest at risk.
Executive produced by James Ivory, this absorbing interpretation of a classic story features exceptional performances from the entire cast, with a brooding Rhys-Meyers complementing Richardson’s steely yet fragile Miss Tina. Redgrave is a standout, capturing the madness of Juliana who is desperate to protect her private life, and stands as a warning call against the cult of celebrity.