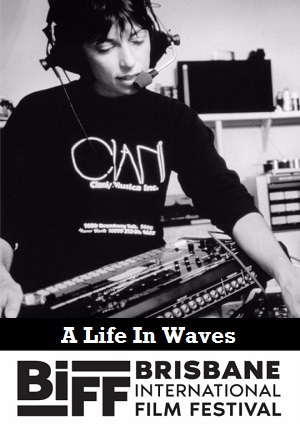 BIFF17 A Life in Waves

This sophisticated documentary charts the life and times of visionary electronic composer and musician Suzanne Ciani.

While the ’70s isn’t always credited with subtlety, five-time Grammy nominee Ciani’s classical music background - mixed with her deep explorations of electronic sounds via a Buchla Analog Modular Synthesizer - pioneered a whole new sound with new textures. Working as an apprentice Buchla, she was to devote the next ten years of her life to exploring the possibilities of this unique instrument and her mastery of it would launch her career.

It was the sound of the times and cast Ciani as one of the most sought-after musicians of the period. Producing myriad film, commercial, video game and top 40 recordings (including effects for Meco’s disco version of the Star Wars theme and with the Starland Vocal Band on Afternoon Delight) her style and approach is utterly unique.

This lovely film reflects Ciani’s special musical and social attitude and captures something very special about the unusual sound of this remarkable musical pioneer.