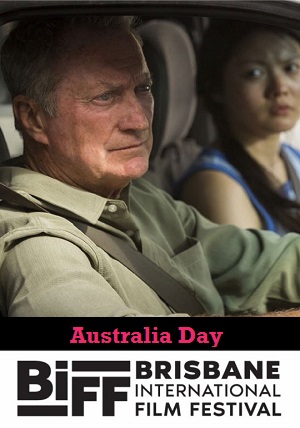 In the steamy subtropical streets of the River City, three people are on the run. Persian-Australian Sami (Elias Anton) is being chased by an angry gang of white guys over something he didn’t do. April (Miah Madden) is a desperate Indigenous girl running away from a high-speed chase that ended in a tragic car crash. And Lan (Jenny Wu) is a Chinese sex slave fleeing captivity in an illegal brothel. They don’t know it yet, but their stories are set to intertwine with devastating consequences.

Also caught up in this dramatic web are a guilt-ridden beat cop (Shari Sebbens), a detective on a manhunt (Matthew Le Nevez), and a bankrupt cattle farmer (Bryan Brown).

Fierce and uncompromising, this pulse-pounding film doesn’t shrink from the hot-button issues beating in the dark heart of modern Australia, such as interracial violence, drug abuse and human trafficking.