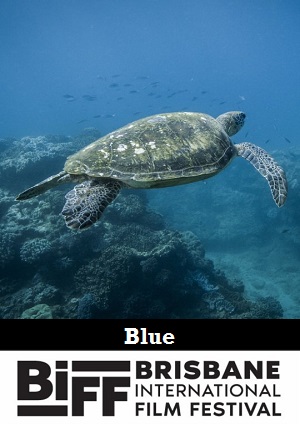 Our oceans are broken, and under threat of devastation. Half of all marine life has been lost within just the last 40 years. And by 2050 there will be more plastic in the sea than fish. And on our own shorelines, the threats are just as deadly. Coral cover on critical habitat the Great Barrier Reef has halved; on Lord Howe Island, plastic fills the bellies of 90 per cent of seabirds; and more than a third of fish stocks in Australian waters are now over-exploited.

What’s happening in and around the seas holds an unsettling mirror up to our own fragile situation, as the industrialization of the oceans parallels the events that triggered mass extinctions on land.

Karina Holden’s remarkable documentary Blue is fascinating and worrying in equal measure. Shot off the coasts of Queensland, other parts of Australia, Indonesia, the Philippines and the USA, it features in-depth commentary from passionate scientists and activists, including veteran oceanographer Valerie Taylor, discussing the undeniable impact of the way we treat the oceans.

A call to arms filled with beautiful and harrowing sights, this remarkable film rams home some inconvenient truths and asks us to consider the legacy we will leave for future generations. With a study last month putting a price tag of $56 billion on the Great Barrier Reef – more than double the value of a proposed Central Queensland mega-mine, which some say is the biggest threat to the reef in living memory – this film could not be more poignant nor more timely.