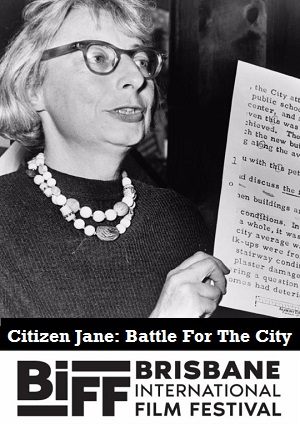 As our cities grow, the way we interact with our built-up spaces has become an ever more important consideration in urban planning and the architecture therein.

Crossing decades but culminating in the ’60s, this engrossing documentary chronicles one of the turning points of town planning - the moment when the needs of people, epitomised by urban activist Jane Jacobs, clashed head-on with government urban planner Robert Moses.

The enormously influential and powerful Moses literally reshaped New York City’s urban landscape. He was responsible for destroying entire working-class neighbourhoods, with the evicted forced to migrate to huge, ugly housing projects. Jacobs’ contrasting approach came from the perspective of interaction and community, not isolation and expediency.

In a titanic struggle, with the streets of New York City as the battleground, Matt Tyrnauer’s documentary is packed with Jacobs’ architectural and social observations that are philosophical, prophetic, and fired directly at city hall in the most inspiring of ways.