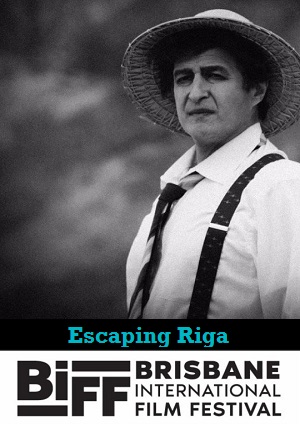 A garrulous philosopher and flamboyant film director trying to survive the extremes of life somewhere between a tsar, a king, Hitler and Stalin.

Two young boys are forced to escape their native city of Riga as the First World War is transforming the existing world. Later these same boys turn out to be among the most extraordinary personalities of the previous century: one becomes a leading commie film director and the other a mentor to the entire British Empire. Funny, deadly, sad and sexy adventures follow on their lifelong journey to become geniuses. This story will reveal the secrets of the remarkably parallel lives of and friendship between Sergei Eisenstein and Isaiah Berlin against the backdrop of the dramatic events of the first half of the 20th century.