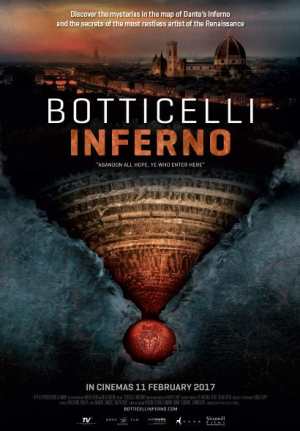 DISCOVER THE MYSTERIES OF THE MAP OF DANTE'S INFERNO AND THE SECRETS OF THE MOST RESTLESS ARTIST OF THE RENAISSANCE! Continuing in the success of Florence and The Uffizi, St Peter's and The Basilicas of Rome and The Vatican 3D, we'll be taking audiences inside the "Inferno". This October 2016 "Inferno", the third instalment of Dan Brown's blockbuster trilogy (after "The Da Vinci Code" and "Angels and Demons") starring Tom Hanks and directed by Ron Howard will be released worldwide. The story revolves around a mystery hidden in Botticelli's drawings of Dante's Divina Commedia. But what's the real story behind these illustrations, and in particular, the map to Dante Alighieri's Inferno? Why was his work left unfinished and got lost, and how was it rediscovered? "Botticelli Inferno" is a fascinating, throughout investigation on the secrets behind Botticelli drawings, destined to show a surprising dark side of the renowned Renaissance artist, famous for peaceful and idyllic paintings such as "The Birth of Venus" and "La Primavera".