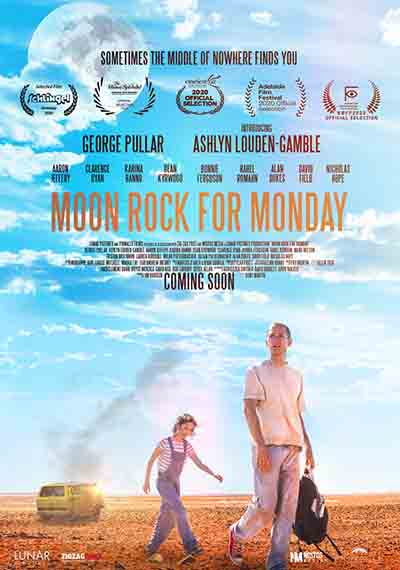 Set in Sydney 1999, a young terminally ill girl named Monday lives with her father Bob. Due to her rare illness, she is prevented from leaving the house alone and is home schooled. Monday desires for two things she cannot have; to travel the world and a friend.

At a train station Monday meets a teenage boy named Tyler who is on the run from the police and he and Monday get on a train. Bob the father, distraught goes to the police who are looking for Tyler. After the police offer resistance in helping Bob, claiming eyewitnesses gave statements Monday was not kidnapped but she ran away with the Tyler, Bob decides to track his daughter down himself.

Monday tells Tyler her dream is to go to Uluru, believing it might heal her. Tyler goes along with this childlike fantasy, using it as a cover to evade the police, by pretending Monday is his sister. They set out to road trip across Australia and meet an array of interesting characters along the way. It all comes to a gripping finale in the heart of the outback when Monday's father and the police catch up with Tyler and Monday.