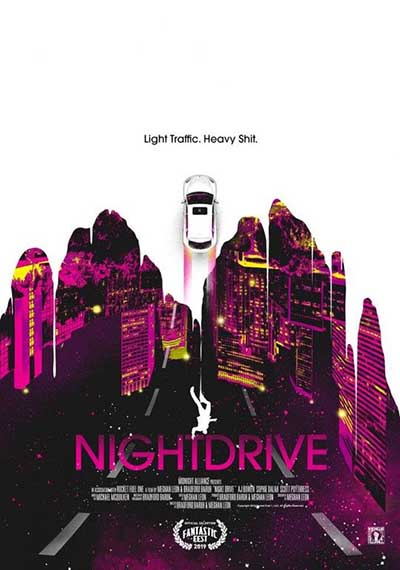 “A Coen-esque comedy of errors, an entertaining and sometimes tense film that zigs when you think it will zag, building to an ending you’ll never see coming.”

Russell (AJ Bowen) is a driver in Los Angeles who’s reeling from a series of bad decisions. While his life seems to be caught in a downward spiral, a business proposition from an alluring but enigmatic passenger named Charlotte (Australian actress Sophie Dalah) proves too good to turn down. A simple ride turns deadly, catapulting Russell into an even darker place, but Charlotte may be the key to a second chance he thought he’d never have...if he can make it through the night.