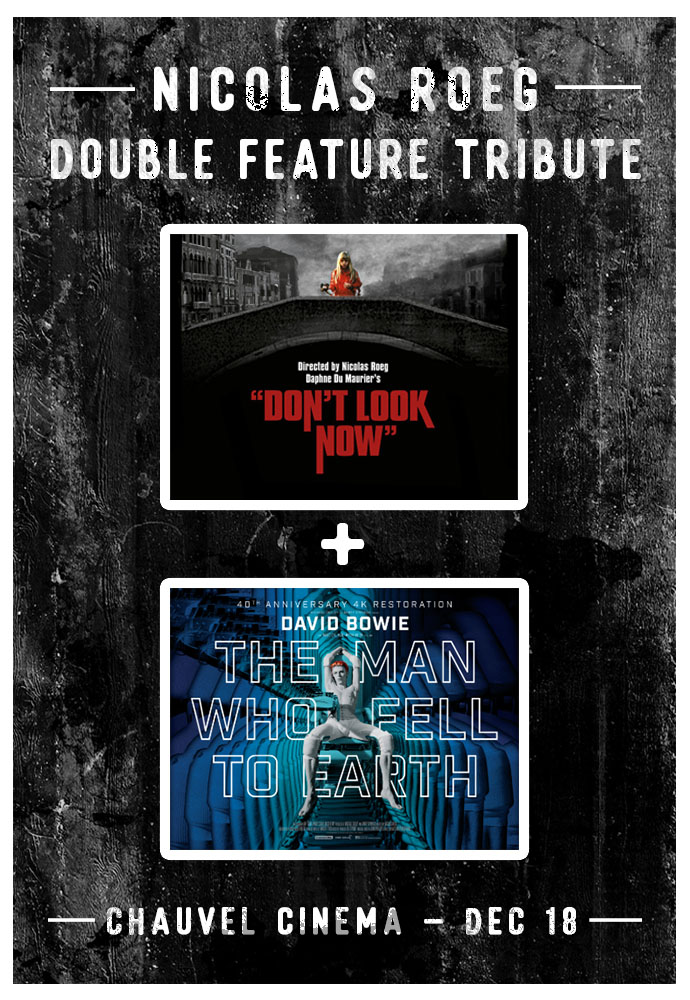 With his recent passing, Chauvel Cinema is proud to announce that we are celebrating the life and career of the influential genius auteur Nicolas Roeg with a double feature tribute presentation of two of his most seminal films on December 18, Don’t Look Now (M) + The Man Who Fell To Earth (M).

Widely acclaimed as one of the greatest horror films ever made, we start the night with Roeg’s Don’t Look Now, based on Daphne Du Maruier’s shattering short story. Donald Sutherland and Julie Christie give career-best performances in a truly original work that blends psychological thriller with a disturbing sense of macabre, while also offering a profound and poignant mediation on love and loss.

We follow on with Roeg’s iconic science fiction odyssey, The Man Who Fell to Earth, which has been stunningly restored in 4k to mark the 40th anniversary of this cult classic. Featuring a startling and era defining lead performance from David Bowie in his debut feature role and based on the cult novel by Walter Tevis, The Man Who Fell to Earth endures as, not only a bitingly caustic indictment of the modern world but, also, a poignant commentary on the loneliness of the outsider.