Cinema-Italia: I Can Quit Whenver I Want 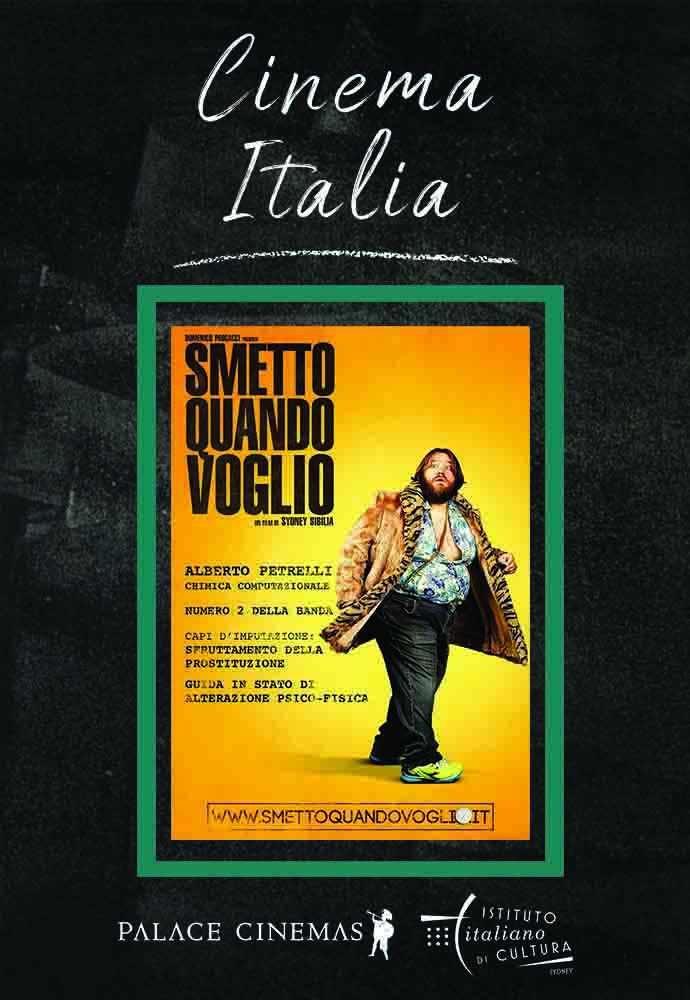 From talented newcomer Sydney Sibilia, comes the most popular comedy of 2014 about a group of
unemployed neo-graduates who turn to producing and trafficking synthetic drugs. In the style of Breaking Bad and Ocean’s Eleven, this film has become a cult hit in Italy since its release.
Pietro (Edoardo Leo, Viva Italy, To Rome with Love) is a researcher and a genius who has just been
laid off. In order to survive, he recruits the best of his colleagues: economists, chemists and anthropologists in order to result in the A-team of drug dealing. Success is immediate, but at what cost?
With a backdrop of the economic and job crisis, we see the world in the most disillusioned and lighthearted way imaginable – it’s sincere and honest with a good dose of nastiness, resulting in a very funny treat!