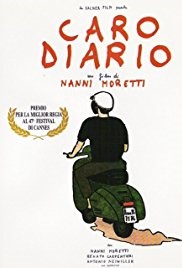 Winner of Best Director at the 1994 Cannes Film Festival, Dear Diary is a confessional journey into selfhood by the Italian director Nanni Moretti, the gentle court jester of Italian film-making who’s been a repeated pest in Berlusconi’s side. Not only does Moretti star as a version of himself, but documentary footage of his treatment for lymphoma weaves its way into the film’s final section. Up close and personal doesn’t really do it justice. The film is divided into three chapters: “On my Vespa”, “Islands” and “Doctors” as Moretti wanders through Rome encountering the delightful and the terrifying in more or less the same spirit.