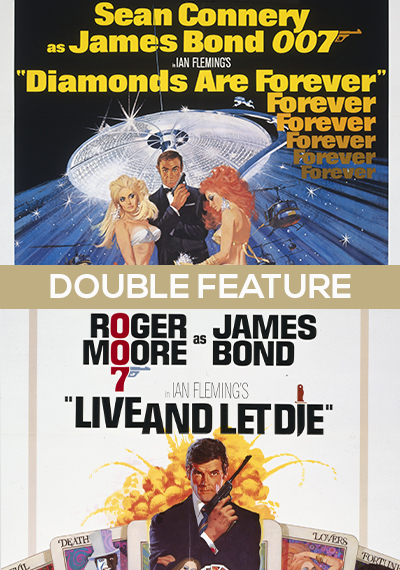 DIAMONDS ARE FOREVER - 1971
Connery is back one last time (officially) as James Bond masquerades as Peter Franks to uncover a diamond smuggling conspiracy. He must also deal with his old rival who wants to use the diamonds to build a giant laser.

LIVE AND LET DIE - 1973
Sir Roger Moore steps into the role as James Bond is sent to stop a diabolically brilliant heroin magnate armed with a complex organisation and a reliable psychic tarot card reader. Cue theme track by WINGS.