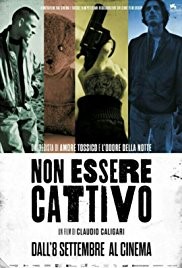 Italy’s entry for the Best Foreign Language Academy Award in 2015, Don’t Be Bad is a Pasolini-esque look at life in Ostia, on the outskirts of Rome during the 1990s. Best friends Cesare and Vittorio are petty drug dealers whose favourite pastimes are getting high and drinking themselves into oblivion. But when Vittorio endeavours to turn his life around, the self destructive Cesare spirals further downward. Don’t Be Bad evocatively captures the neon-nightclub highs and the grim, morning-after lows of life in the fast lane, and evolves into a clever and deep exploration of friendship, hope and life in the outskirts of Rome.