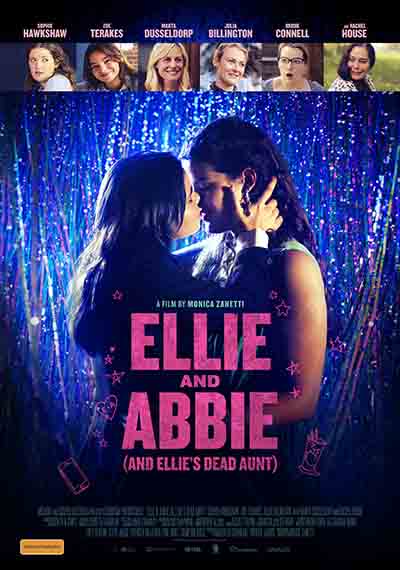 School captain Ellie (Sophie Hawkshaw) has a serious crush on her classmate Abbie (Zoe Terakes), and is angsting over inviting her to the Year 12 formal. When Ellie accidentally spills the beans to her mum (Marta Dusseldorp) and outs herself in the process, things start to get complicated, and a little bit spooky. Enter her deceased aunt Tara (Julia Billington), a lesbian activist from the ‘80s who returns from the dead to act as a kind of fairy godmother to Ellie, guiding her through the trials and tribulations of her first love.


"This disarming film...Distinguished by a skilfully written screenplay and by uniformly excellent performances"

"Another promising debut from a new Australian filmmaker."

"Superbly written... beautifully acted, it is funny, it is heartfelt and it covers so many facets of queerness."