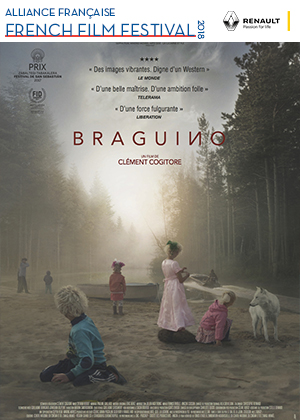 A civilisation doomed for extinction forms the foundation of Clément Cogitore’s documentar y, Braguino; a place where two families, the Kilines and Braguines, have chosen isolation yet remain separated by a physical barrier, an unrelenting feud and a refusal to speak to each other.
A long trip on the Yenisei River – first by boat, then by helicopter – is the only way to reach Braguino in the middle of the Siberian taiga. But filmmaker Cogitore is no stranger to lost worlds, having created Neither the Sky Nor the Earth (2015) about a platoon remotely stationed on the border of
Afghanistan and Pakistan, for which he was nominated for a César Award for Best First Feature Film. This time, Cogitore got wind of the Russian outpost
Braguino, 700 kilometres from any human presence, where he captures an almost beastly showdown, which could be considered a Shakespearean version of Lord of the Flies. This is a rare gem of a documentary that has thrilled artists and critics alike, displaying a level of visual magnificence best
experienced on the big screen.