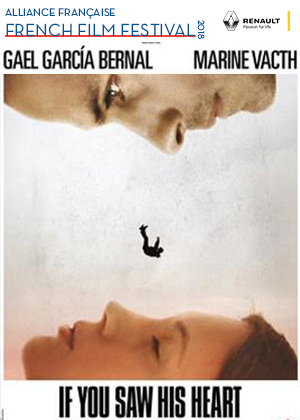 FFF18 If You Saw His Heart

Writer-director Joan Chemla delivers an impeccably stylised, noir-tinged debut feature with If You Saw His Heart. Inspired by the writings of Cuban author Guillermo Rosales and starring Mexican heart throb Gael Garcia Bernal, Chemla transposes the lost-soul-on-the-run story from Miami to a
gypsy ethnicity in the South of France. After the accidental death of his best friend Costel (Nahuel Pérez Biscayart, who is in See You Up There and the Cannes favourite BPM at this year’s Festival), Daniel washes up at the
Metropole Hotel; a squalid place for social pariahs where Alain Delon’s character from Le Samouraï would feel right at home. This double exile, from society and himself, is Daniel’s form of self-punishment over Costel’s death in the hope of eventual redemption. But then, the bewitching Francine appears at the hotel (Marine Vacth from Double Lover, also in this year’s Festival) and the darkness of his extreme existence suddenly turns to romanticism.