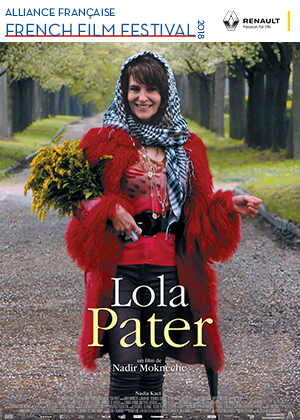 A tender-hearted dramedy of a very unconventional family reunion, Lumière Award-winning writer-director Nadir Moknèche places an incandescent French legend, Fanny Ardant, at the heart of Lola Pater as the transgender parent trying to reconnect with her son. When his mother dies unexpectedly, Zino (Tewfik Jallab) leaves Paris and embarks on a search for his missing father, Farid. Unbeknownst to Zino, Farid transitioned into Lola (Fanny Ardant) 25 years ago, which not surprisingly complicates his search. After learning of his father’s gender re-assignment, it is Zino’s challenge to negate his resentment and ingrained prejudice to find a place for Lola who is keen to foster a closer relationship with her son since their reintroduction. Featuring Ardant, alongside an equally mesmerising Tewfik Jallab, this is a refreshing and spirited take on the well-worn family reunion trope; not to mention its examination of transgender issues from the viewpoint of an aging mother
and former father, which is a burgeoning reality in 21st century western culture. Beautiful both literally and figuratively, Lola Pater will leave an impression on its audience long after viewing.