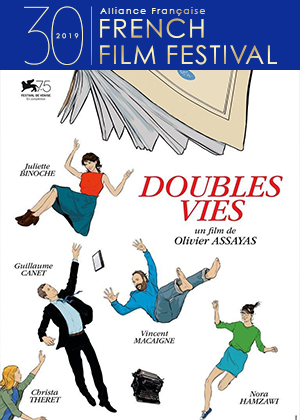 In NON-FICTION, he picks up the same thread woven through CLOUDS OF SILS MARIA, teasing out the lives of dissatisfied creative types but, injects it with generous doses of wit and irreverence.Juliette Binoche plays an actress, Selena, caught in a tedious personal rut as a policewoman on a popular TV show. Her lover is author Léonard (Vincent Macaigne) whose publisher and long-time friend just happens to be her husband, Alain (Guillaume Canet). Their professional and personal conflicts reach boiling point when Alain refuses to publish Léonard’s new work, while Selena is convinced it’s a masterpiece.

These starring actors deliver a stunning spectrum of performances, as they squabble humorously and intellectually within the context of the Parisian publishing world, eventually falling victim to their own vices.