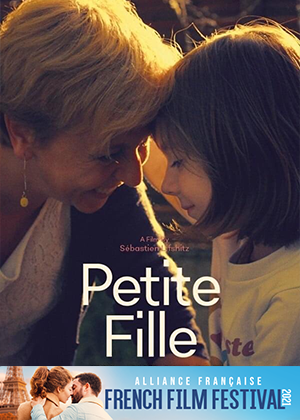 Since she was four Sasha has known she was a girl. Born a boy and now seven-years-old, she is ready to be seen for who she is. Her story is captured compassionately in this feature documentary, which premiered in 2020 at the Berlin International Film Festival to glowing reviews.

It is the sign of a master documentarian when the process of making a film becomes invisible so that all is left are the subjects of the film and the relationship they have with the audience. Little Girl achieves this as it shares Sasha’s life, giving us a privileged insight into her supportive family, her initial steps of transitioning and the challenges of getting her school and peers to recognise her for who she is.

The award-winning filmmaker Sébastien Lifshitz has been making documentaries and feature dramas for over 20 years, and has frequently explored LGBTIQ+ themes, including films that have been highly praised for their representations of gender dysphoria. Lifshitz’s wealth of experience, talent and sensitivity toward his subjects is clearly on display in Little Girl, resulting in a quietly powerful profile that is accessible, deeply moving and illuminating.

"An easily accessible, charming yet heartbreaking work on an issue still misunderstood by many members of the general public."