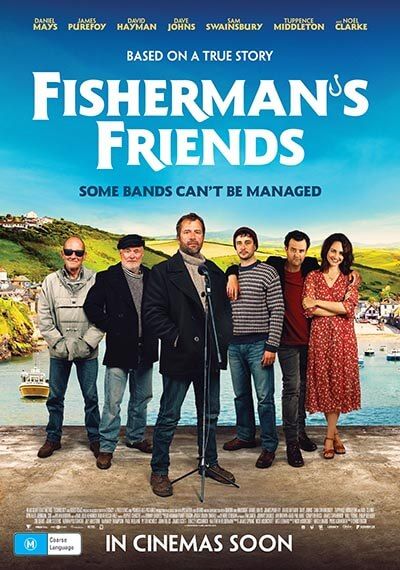 A fast living, cynical London music executive reluctantly heads to Cornwall on a colleague’s stag weekend where he’s pranked by his boss into trying to sign a group of shanty singing fishermen. He becomes the ultimate ‘fish out of water’ struggling to gain the respect or enthusiasm of the unlikely boy band who value friendship and community over fame and fortune. As he gets to know the ‘salt of the earth’ locals his own integrity is tested, forcing him to reevaluate what really matters in life giving him the chance of a different kind of success.

A heart-warming, romantic comedy in the tone of Waking Ned, The Full Monty and Finding Your Feet. Based on a true story that saw Port Isaac’s ‘Fisherman’s Friends’ journey from singing in the local harbor to raise money for the village Lifeboat Association to a million pound record deal with Universal Music, a top-ten album and playing the Pyramid stage at the world famous Glastonbury Festival.