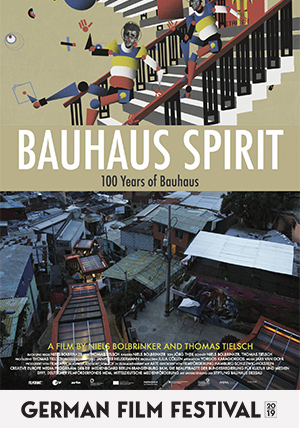 A hundred years ago, a radical artistic utopia was born in the city of Weimar: Bauhaus, one of our century's most influential architectural schools, which still sets the pattern for the way we live today. Against the backdrop of the 100th anniversary of Bauhaus, this documentary not only shares art history but also the history of an era that stretches from the early 20th century to the modern day.

From the very beginning, Bauhaus architects and artists, including Walter Gropius, Wassily Kandinsky and Paul Klee, asked: How should we live together? What does "living together" mean? How can rooms be designed in such a way that all people can be part of a community? Bauhaus made art, design and architecture political.

Bauhaus continues to manifest itself at the avantgarde of sustainable and future-oriented architecture. Looking at the history of this movement, this celebratory documentary questions how we want to live and where we want to go from here.