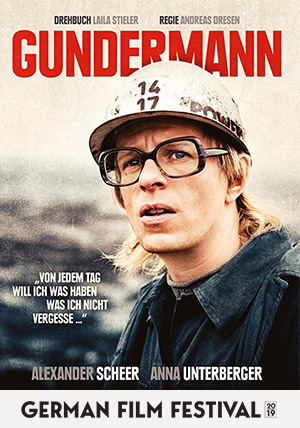 Politically active and passionate, digger driver Gundermann’s music career took off in 1986, capturing the hearts of the people with his clever, often melancholy lyrics imbued with social commentary. A poet, a clown, a loyal husband and an idealist, Gundermann lived a multifaceted life as a rebel- and a spy who got spied on.

Prolific stage and screen actor Alexander Scheer (Eight Miles High, 2007) is truly astonishing to watch as the intractable, brave and contradictory talent, not least because he sings every song himself. With attentive production design evocative of the era, this inspiring biopic is both a music film and a love story that courageously encompasses guilt and entanglement, as well as suppression and, above all, defiance.