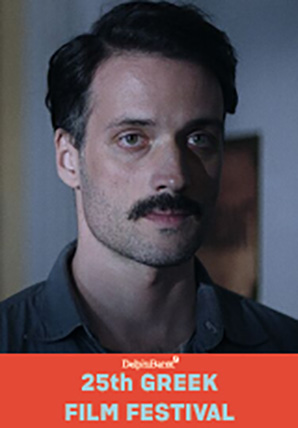 Napoleon Soukatzidis (Andreas Konstantinou, former guest of GFF for Little England) is an inmate of the Nazi’s Chaidari concentration camp, and interpreter for its ‘Kommondant’, Karl Fischer (André Hennicke). When news reaches Chaidari that a Greek resistance ambush in Laconia claimed the life of a high-ranking German official and his escorts, Fischer orders 200 inmates be executed. One of those inmates is Soukatzidis.

But then, on Labour Day, 1944, Fischer offers Soukatzidis both an opportunity and a conundrum: he can nominate another prisoner to take his place, and thus be spared death.

Awarded Best Actor at this year’s Hellenic Academy Awards, Konstantinou’s standout performance is one of many highlights in Voulgaris’ epic chronicle of one of the most significant moments of modern Greek history.