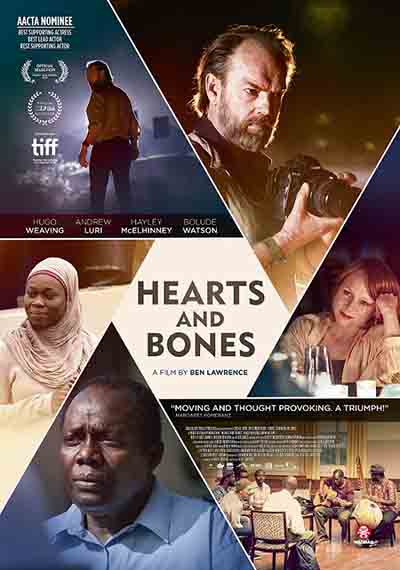 A war photographer has just returned home to prepare for his latest exhibition when a South Sudanese refugee appears at his door with a request - that he not exhibit any photographs of the massacre in his village, taken 15 years earlier. What emerges is an unlikely friendship between the two men. While sifting through the photographer’s archive, they make a startling discovery – the refugee’s daughter, thought dead, may still be alive. As more revelations arise, both men begin to question their past and in their search, they discover salvation.


"...an involving and tightly wound human drama which hits close to home."

"Hearts and Bones shows filmmaking restraint. It is poetic and powerful."