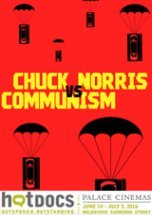 This is the tale of how thousands of Hollywood films were smuggled into the country through a well-oiled operation that swelled until it reached millions across Romania. The films were dubbed by one courageous female translator whose distinct voice captivated the whole nation and became a symbol of freedom.