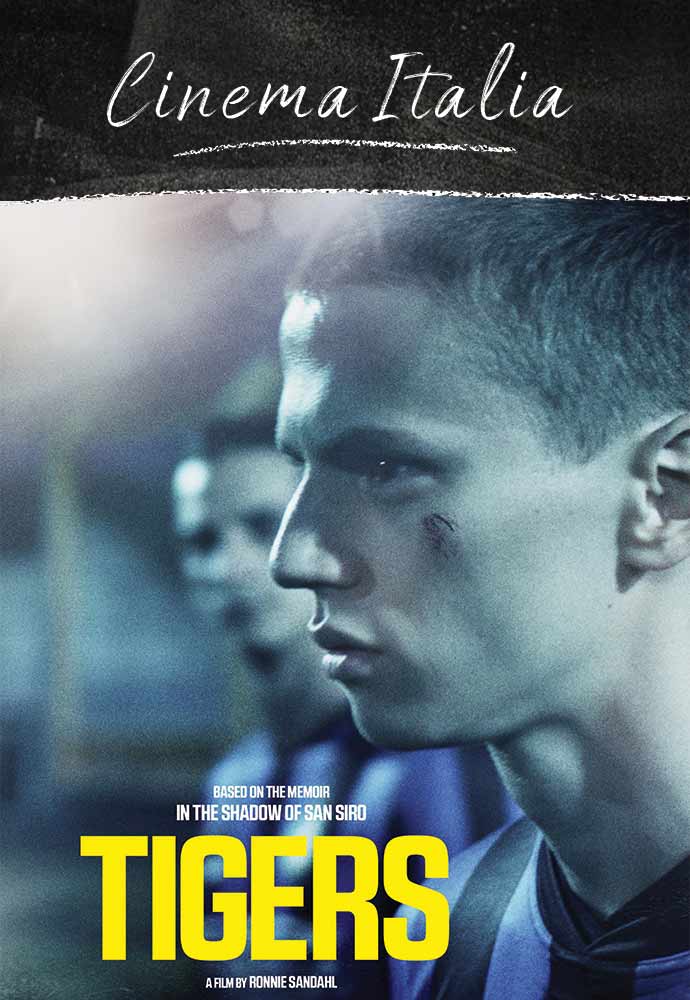 An enthralling drama about the considerable cost of excellence in a world where everything, and everyone, has a price tag, Tigers delves into the dark side of professional football in Italy.

Martin (a scalding Erik Enge) is one of the most promising football talents Sweden has ever seen. At sixteen, his lifelong dream comes true when he is bought by one of Italy’s most prestigious clubs, FC Inter Milan. As he adjusts to his new reality, Martin learns that his dream comes at a very high price in terms of sacrifice, pressure and most of all loneliness, and soon he begins to question the allure of the life he yearned for.

With a unique perspective, writer-director Ronnie Sandahl (screenwriter of Borg Vs. McEnroe) tells the true story of 16-year-old prodigy Martin Bengtsson, adapted from the player’s autobiography “In the Shadow of San Siro”.

Taking us inside the gilded cage inhabited by top tier players, Tigers is a rollercoaster ride through a cutthroat world where athletes are treated like tradable commodities.

"A compelling look at the dark side of sports glory."