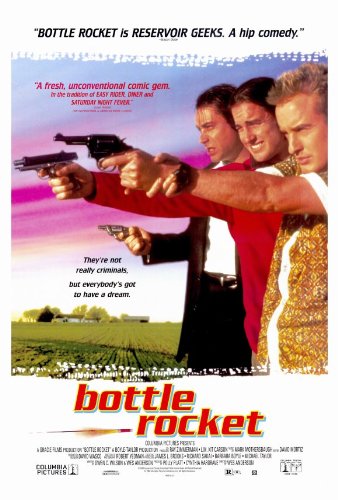 In Wes Anderson's first feature film, Anthony (Luke Wilson) has just been released from a mental hospital, only to find his wacky friend Dignan (Owen C. Wilson) determined to begin an outrageous crime spree. After recruiting their neighbor, Bob (Robert Musgrave), the team embarks on a road trip in search of Dignan's previous boss, Mr. Henry (James Caan). But the more they learn, the more they realize that they do not know the first thing about crime.