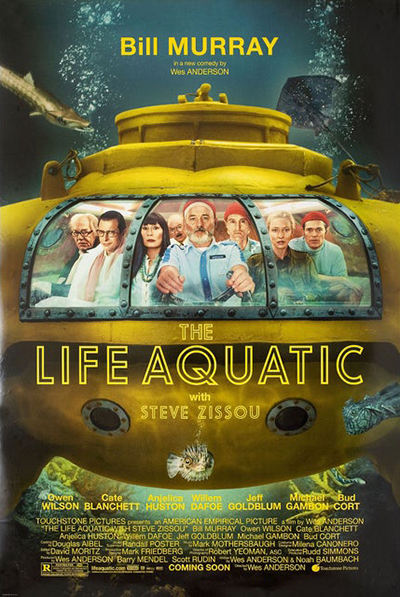 In Focus: The Life Aquatic with Steve Zissou

Renowned oceanographer Steve Zissou (Bill Murray) has sworn vengeance upon the rare shark that devoured a member of his crew. In addition to his regular team, he is joined on his boat by Ned (Owen Wilson), a man who believes Zissou to be his father, and Jane (Cate Blanchett), a journalist pregnant by a married man. They travel the sea, all too often running into pirates and, perhaps more traumatically, various figures from Zissou's past, including his estranged wife, Eleanor (Anjelica Huston).