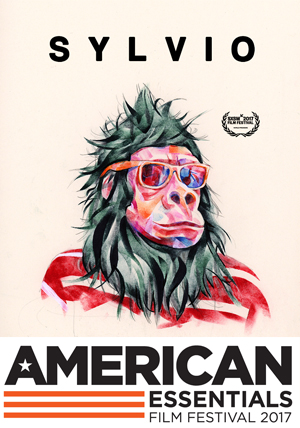 Sylvio is a gorilla working for a debt collection agency (go with us here) but isn’t happy with his job. He’s soon “promoted” to house calls collecting outstanding debts. In accordance with his job he arrives at the house of Al Reynolds (played by co-Director Kentucker Audley) who’s running a very low-fi public television variety show from his basement. Sylvio is mistaken for Al’s next guest who’s meant to be a novelty juggler of breakables. Sylvio gives it a go and inadvertently becomes a hit on the show with his special skill becoming the destruction of props put in his way.