IRFF22: You Are Not My Mother 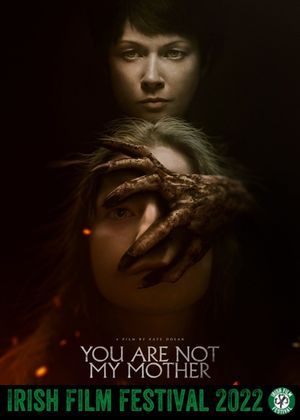 It's the week before Halloween. Char's bedridden mother, Angela, has mysteriously gone missing. All that remains is her abandoned car parked in the middle of a field. When Angela returns home to their North Dublin estate the following evening without explanation, it becomes clear to Char that something is amiss. She might look and sound the same, but Angela's behaviour has become increasingly erratic and frightening, as if she has been replaced by a malevolent force. As Halloween approaches, a night steeped in ancient Irish myth and legend, Char must unearth the dark secrets of her family in order to uncover the truth behind her mother's disappearance. Creepy but moving, this is a fiercely-smart and globally-acclaimed debut that will have you on the edge of your seat. Note this presentation will conclude with a post-screening Q&A recording featuring IFF’s Enda Murray interviewing the filmmakers.

"Something wicked runs in the family in a hugely-effective feature debut anchored by remarkable lead performances."

"A coolly unsettling but also deep-feeling horror film, one that keeps the ordinary and the extraordinary in tense, tetchy balance throughout."