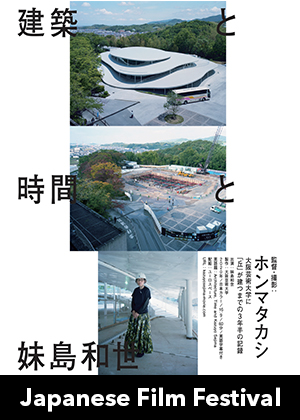 This documentary follows the making of Kazuyo Sejima’s (SANAA) architectural masterpiece, a new building for the Osaka University of Arts’ Department of Art Science. Inspired by the flexible collaboration of art, science and technology, the project, which was completed in three and a half years, led to an organic form that blends in seamlessly with the surrounding environment.

Sejima’s vision of a park-like building was designed to act as a place for exchange and encouraging interactions between each other and the space’s surroundings. Directed and photographed by Takashi Homma, a photographer who has shot architectural works by the likes of Le Corbusier and Kenzo Tange, the film vividly depicts Sejima’s approach to architecture.