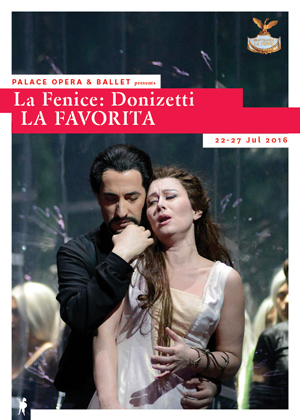 NEW PRODUCTION On stage at La Fenice for the first time in French (after its 20th-century revivals in Italian in 1965 and 1988), Donizetti’s great romantic opera unfolds against the background of the Moorish invasions of Spain and power struggles between church and state. The story charts a love triangle involving Alfonso, King of Castile (Vito Priante), his mistress "the favourite" Léonore (Veronica Simeoni), and her lover Fernand (John Osborn).