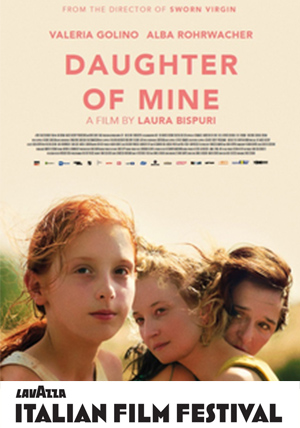 LIFF18 Daughter of Mine

Vittoria is a shy 10-year-old girl, spending the summer on the windswept Sardinian coast with her loving but overprotective mother Tina (Golino). One day at a rodeo she meets the impetuous Angelica (Rohrwacher). Party girl Angelica lives nearby but is facing eviction for her failure to pay taxes. From the moment she first sees Angelica, Vittoria suspects that she is her birth mother, and she quickly becomes drawn to the tempestuous, independent woman. Ever unpredictable, Angelica makes a final request before she leaves: she would like to spend some time with Vittoria – and Tina reluctantly agrees.

The warm light of the stunning Sardinian summer accompanies Vittoria on her turbulent journey. As in her Tribeca Film Festival award-winning directing debut, Sworn Virgin, Laura Bispuri’s Daughter of Mine is a performance powerhouse, this time an intimate three-hander about the bonds we make, break and are born with.