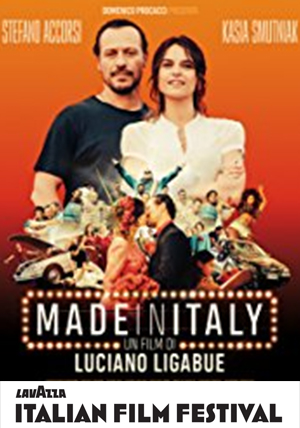 LIFF18 Made in Italy

Skyrocketing to number one at the Italian box-office on its opening weekend, the third film by singer-songwriter Luciano Ligabue (From Zero to Ten LIFF02) is a love letter to Italy, starring Kasia Smutniak and Stefano Accorsi.

Riko (Accorsi, also in There’s No Place Like Home) works in a cured meats factory, just like his father. He got married at a young age to hairdresser, Sara (Smutniak, also in Loro). While Riko’s unhappy with his job, he’s lucky to be working at all, as his factory keeps letting go of its aging staff. He’s living in a home he can barely afford and all he wants is to help his son move to the city. At times picking himself up isn’t easy, but Riko refuses to yield: there are friends to count on, a marriage to be won back, and a home to save.