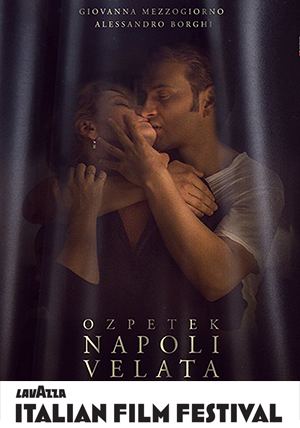 The entrancing art, music, and architecture of the city of Naples form a sumptuous backdrop for this mystery-shrouded thriller from Ferzan Ozpetek. Giovanna Mezzogiorno (also in Facing Windows) stars as Adriana, an esteemed medical examiner who meets a handsome younger man Andrea (Alessandro Borghi, I Was a Dreamer LIFF17) during a party at her eccentric aunt’s garish apartment. They hit it off immediately, though their romance is curtailed when Andrea later stands her up and then disappears. So begins a gripping metaphysical murder mystery, in which Naples becomes a shadowy, mysterious labyrinth of desire and memory. The latest in Ozpetek’s sumptuous oeuvre was a box-office hit in Italy last year, and was highly decorated across Italy’s major film awards.