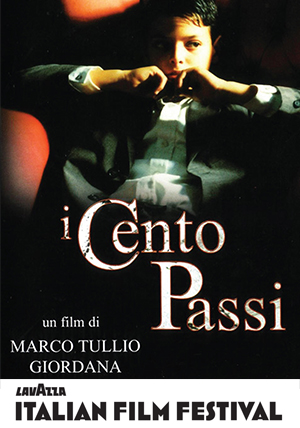 In a newly restored, resplendent version, Marco Tullio Giordana’s 100 Steps is the multi-award-winning drama that appeared in the inaugural Italian Film Festival in 2000.
This is the story of an outspoken Peppino Impastato (newcomer at the time Luigi Lo Cascio) who lives in an ancient Sicilian town, hemmed in by sea and rocks and ruled by Mafia. His father is ambitious to see his son eventually become a “boss”, but Peppino is suspicious of the path he is being forced to take. His rebellion rocks his tainted father and the town’s stifling tradition of silence, setting Peppino down a difficult path.