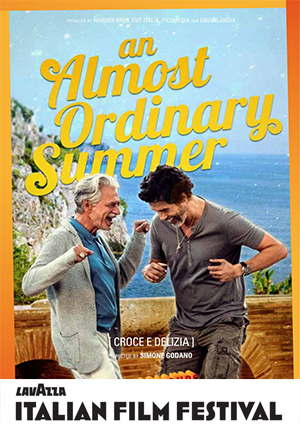 Two very different families spend their holidays in the same house by the seaside: the aristocratic Castelvecchios are open-minded and eccentric, whereas the working-class Petagnas are tight-knit southerners united around their firm family values. Only the two middle-aged heads of the families know what has brought such distant worlds together on this summer holiday. When an unexpected engagement is announced, the lives of all are turned upside down. With the wedding already set for three weeks, chaos and catastrophe reign on this seemingly ordinary summer.
By playfully poking fun at Italian stereotypes, director Simone Godano presents the rivalry between loud southerners and their uppity northern counterparts with raw wit and sensitivity. Gorgeous Mediterranean scenery and a stunning cast including Alessandro Gasmann and Jasmine Trinca make this comedy a pure delight.