LIFF19 Aspromonte: Land of The Forgotten 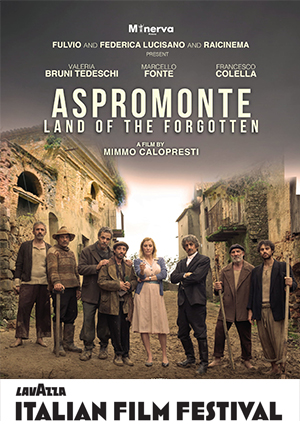 At the end of the 1950s in Africo, a small village in the southern valley of Aspromonte, a woman dies in childbirth because a doctor fails to arrive on time. No road connects Africo with the other villages. In the wake of this tragedy, all of Africo’s citizens - including children - abandon their usual occupations and unite to build their own road. Giulia (Valeria Bruni Tedeschi), the new schoolteacher, comes from the North with a mission to teach standard Italian to help bring cultural cohesion with Africo and the rest of Italy. But she will have to contend with the local mafioso Don Totó (Sergio Rubini), who is determined to ensure this the town remains cut off, and thus, under his power.
Also starring Marcello Fonte (Cannes Film Festival Best Actor award-winner for Dogman LIFF18), this is an affecting drama that portrays how active change can realise a neglected people’s dream for redemption and a brighter future.