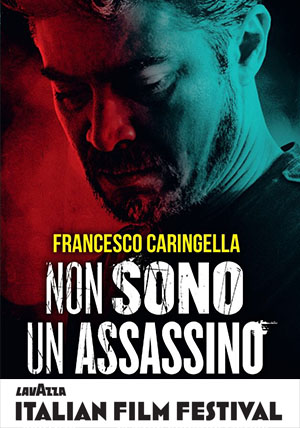 Italian cinema heavyweight Ricardo Scamarcio (Euphoria, LIFF18) is enigmatic starring alongside Alessio Boni (The Tourist, 2010) and Edoardo Pesce (Dogman, LIFF18) in this absorbing whodunnit.
One livid dawn, a cold and damp wind blows as a man walks alone through the darkness. Deputy Police Superintendent Francesco Prencipe (Scamarcio) is on his way to meet his best friend, Judge Giovanni Mastropaolo (Boni) whom he hasn't seen for almost two years. The men drive for two hours and exchange but a few words. Later that morning, the Judge is found dead, a single gunshot wound to his head. Francesco is the last person who saw him and his fingerprints are the only ones found in the house. But is he the murderer?
Director Andrea Zaccariello makes a thrilling turn after his 2013 comedy Ci vediamo domani with this stylish drama mystery that reveals itself piece by piece to a stunning conclusion.