LIFF19 Let Me Introduce You To Sofia 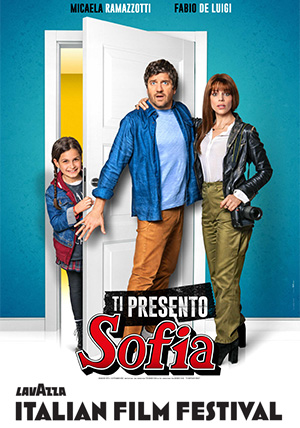 Gabriele (Fabio De Luigi) is a divorced dad who owns a music store and is completely focused on taking care of his 10-year-old daughter Sofia who spends time with both parents. One day he bumps into his old friend Mara (the gorgeous Micaela Ramazzotti, Like Crazy) who - for the first time since his separation - reignites his desire to be in a relationship. There is only one problem, Mara hates children! Blinded by desire, Gabriele decides to hide the existence of Sofia, but not without hilarious consequences. One awkward charade follows another as Gabriele desperately fumbles to conceal one female from the other and uphold his plan. Suddenly, an unexpected turn of events forces Gabriele to review his entire approach.
Comedy veteran De Luigi is an expert in playing the fool, and this is no exception with the laughs coming in thick and fast, as the frazzled father moves ever further into hot water.