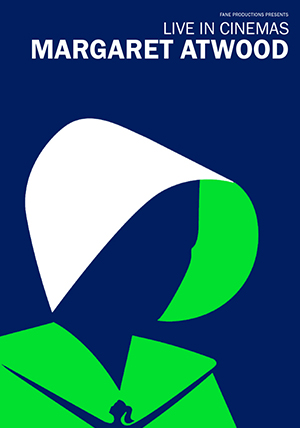 The Testaments, Margaret Atwood’s highly anticipated sequel to The Handmaid’s Tale, will be revealed in a global cinematic event.
The momentous literary event will be celebrated with an exclusive cinema broadcast filmed live. The intimate evening will be a celebration of Atwood’s work. A number of remarkable actors (to be announced) will read from The Testaments, allowing audiences to be the first to discover the new book. Exclusive documentary content with rare archive will open a window on to Atwood’s rich and varied career. The Handmaid’s Tale has come to represent a powerful symbol against misogyny and oppression and the evening will reflect on the real-world events that inspired the original story and the alarming political climate which has, in part, inspired this sequel. An evening of conversation and performance, filmed live from the stage of the National Theatre, with privileged access to this iconic author.
The event is also planned to involve readings of real-world cases in partnership with Equality Now in addition to readings from Atwood’s work and The Testaments.

With exclusive readings from the new book by special guests, this will be an unmissable and intimate event with Atwood, spotlighting her signature insight, humour and intellect.